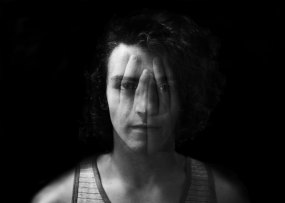 I recently started occupational therapy for surgery I had on my left arm. The therapist said if my clothes were irritating my incision, he had a remedy. I looked forward to relief from the irritation I was experiencing. I thought for sure the remedy would be to protect the incision. Instead he gave me a tray with ten dowel sticks that had different textures on the tips. He instructed me to pick three sticks with the roughest textures. Then I was to take the three sticks and rub each one over the scar for about a minute. Although this initially caused greater discomfort, rubbing the sticks over the incision would eventually make the scar less sensitive and reduce discomfort. This technique is called scar desensitization therapy.

Scar desensitization therapy is a very intriguing concept with spiritual implications. God often operates in a similar manner whereby He exposes us to irritating people, situations and problems as a means of perfecting and strengthening us.

Although there are some things I’d just rather not have to deal with, I’ve learned that God weaves aggravating circumstances into the fabric of our Christian walk. You have to be exposed to the enemy to know the weapon formed against you won’t prosper. God allows you to be exposed to sickness to realize He’s a healer. You must be exposed to a need for you to experience God as a provider. You’re exposed to things that elicit fears for you to overcome them, and prove to you and the enemy what you’re capable of accomplishing.

Exposure demands trust, even when your faith fails you. Trust that God can and will bring order out of the chaos in your life. God uses exposure to build dependence on and trust in Him. He won’t abandon you the way people do. God knows what He’s doing even when it looks like He doesn’t. While God may expose you, rest assured He won’t leave you naked and ashamed.

God is in the habit of exposing you to the very things that rub you the wrong way in order to heal areas of your life. You know you’ve been healed when people and situations that used to get on your last nerve no longer rattle you. You become less sensitive to those who try to push your buttons. Your day isn’t ruined if someone doesn’t speak to you. God exposes you to a problem to demonstrate His power in your life. Obedience during the process aligns you with His will and power. You can’t walk in promise if you remain in your comfort zone. As my pastor always says, “There is no growth in the comfort zone and there is no comfort in the growth zone.” God is in the habit of using a problem as a catalyst for your growth.

In Matthew 14:29 when Jesus said, “Come,” it demanded a greater level of trust in an already stormy situation. Jesus didn’t mention any names. He just said, “Come.” The invitation was to all who were in the boat. However, Peter was the only one who stepped out. He allowed himself to be exposed to the elements of a harsh environment.  Peter had a sense he was being called to a level of greatness he had never known before. He wouldn’t have known he could walk on water if he remained within the confines of the boat. He stepped out in spite of his fears. In life we have to learn how to do things scared. Courage isn’t the absence of fear. Courage means you do it even when you’re afraid.

God didn’t create you to live a mediocre life. He’s ordained great things for you. In order to achieve greatness requires that you step out of what’s familiar and comfortable. When you do, like Peter, you too can walk above the waters of your circumstances.

Rev. Cynthia Jackson is the administrator of the Rhema4U Blog and Innovations Ministries Director. Rev. Jackson is a native of Philadelphia, Pennsylvania. She was licensed and ordained under the tutelage of Bishop David G. Evans. She is an associate minister at Bethany Baptist Church located in Lindenwold, New Jersey. Rev. Jackson founded Innovations Ministries in 2001. Innovations Ministries provides dynamic and innovative programs and services for individuals and families dealing with various health-related issues. She is a gifted teacher, preacher, conference speaker and writer. God has anointed Rev. Jackson to be a spiritual midwife with a passion to empower others to birth God's vision for their lives. Rev. Jackson holds a Bachelor of Arts Degree in Organizational Management from Eastern University, a Master of Science Degree in Health Administration from Saint Joseph's University and a Master of Science Degree in Christian Counseling from Cairn University.

Archives
What We Do: