Home › Uncategorized › Is Your Power On?

Is Your Power On?

Posted on September 27, 2017 by Rev. Cynthia Jackson — Leave a comment 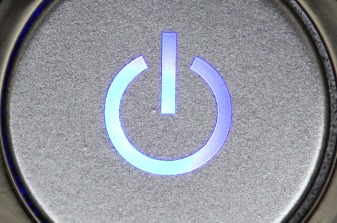 He giveth power to the faint; and to them that have no might he increaseth strength. (Isaiah 40:29)

One day, while lying on my living room floor, I caught a glimpse of the equalizer on my stereo system. For some strange reason, I was intrigued by the power button. I noticed just beneath the button were pictures depicting the “on” and “off” position for the unit. The picture for the “off” position was raised up. However, the picture for the “on” position showed the button was pressed in. The power button had to be pressed “in” for the power to come on. It occurred to me while lying there, the same thing applies to my relationship with God. I’ve got to press into God for His power to flow in my life.

As a result of the recent Hurricane Irma, the state of Florida experienced a power outage that left more than half the state without power. More than a week later, some residents were still without power.

I don’t know about you, but there have been times when I’ve experienced a power outage in my Christian walk. In retrospect, I now realize the source of the outage stemmed from my negligence. My power button was raised causing the flow from God, my power source, to become disrupted. I tried to operate in my own strength which shifted me to the off position. I confess my power outages generally started with a gradual decrease in prayer, and/or quiet time with the Lord, and/or Bible study. That’s when things would really fall apart.

But God…, who is rich in mercy, resumes the flow of power, if only we press into Him.

Are you experiencing a power outage? If so, check to see if your power button is on. If it’s not, assume the power position. Stop what you’re doing right now, get on your knees and get reconnected. Allow God to recharge your spiritual battery. Remember… in order to walk in God’s power and authority, you must stay pressed into Him.

Pressing In with you. Until next time…Be blessed!

Rev. Cynthia Jackson is the administrator of the Rhema4U Blog and Innovations Ministries Director. Rev. Jackson is a native of Philadelphia, Pennsylvania. She was licensed and ordained under the tutelage of Bishop David G. Evans. She is an associate minister at Bethany Baptist Church located in Lindenwold, New Jersey. Rev. Jackson founded Innovations Ministries in 2001. Innovations Ministries provides dynamic and innovative programs and services for individuals and families dealing with various health-related issues. She is a gifted teacher, preacher, conference speaker and writer. God has anointed Rev. Jackson to be a spiritual midwife with a passion to empower others to birth God's vision for their lives. Rev. Jackson holds a Bachelor of Arts Degree in Organizational Management from Eastern University, a Master of Science Degree in Health Administration from Saint Joseph's University and a Master of Science Degree in Christian Counseling from Cairn University.

Archives
What We Do: